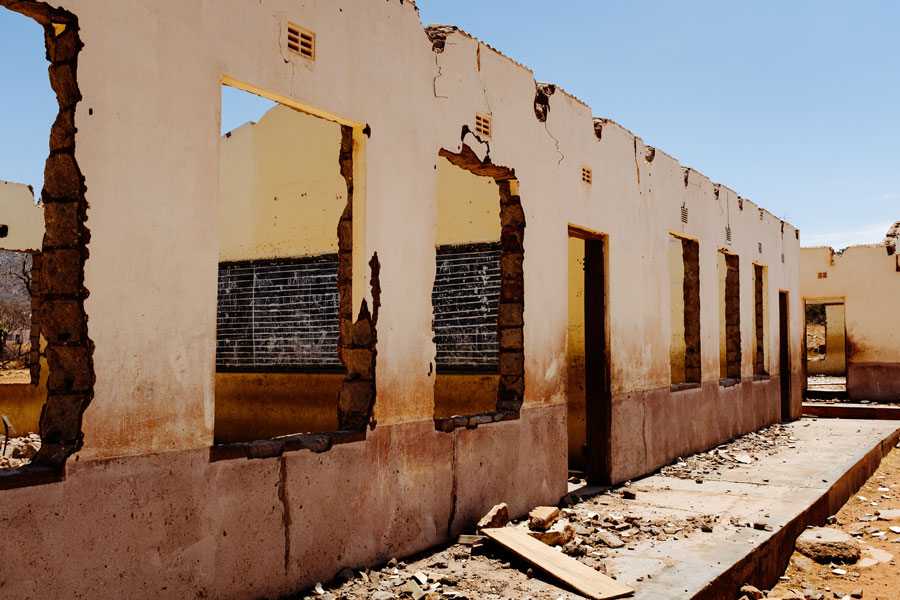 There are many things that disrupt a child’s learning: from overcrowded classrooms, leaking roofs, poor sanitation facilities to broken desks and cupboards. Previously disadvantaged communities traditionally suffer the worst when it comes to poor economic and social development opportunities. Phalalong Primary School in Limpopo was a typical case, that is until the partnership between the Development Bank of Southern Africa, and the Department of Education, helped remodel the school.

Prior to the development, the old community-built school had very little water and learners had to use unsafe pit toilets. After it was entirely reconstructed, the DBSA implemented the construction of Enviroloo toilets to replace the pit toilets.

“I inherited a broken school,” recalls Ms. Edith Noko, Principal at the school. “There were many cracks in the walls. There were no toilets,” she continues. Ms. Noko also remembers, quite vividly, how she could not believe that the school even stood a chance of being refurbished because of its state. Things moved quite quickly from there. They went to the local chief and asked for land. Ms. Noko and her staff suggested that the school could be built at the new site that they had acquired from the chief. As the saying goes, the rest was history.

The partnership’s core aim was to improve schools in historically rural and poorer areas of South Africa. “The Development Bank of Southern Africa (DBSA) is an implementing agent that handles work for various government departments. They provide the funding and we come on board with the professional know-how that we have,” says Mantombi Mkhonza, Senior Programme Manager at DBSA. The DBSA provides end-to-end project management expertise to ensure that professional teams are brought in to make sure everything is as it should be.

“It did make a lot of difference. I think these toilets – they are so good – because they are not pit toilets. We are not even afraid that a learner can fall in,” affirms Ms. Noko. Every child truly deserves the best learning conditions.