The Man who Became A Powerhouse in his Community, with A Little Help from Shell 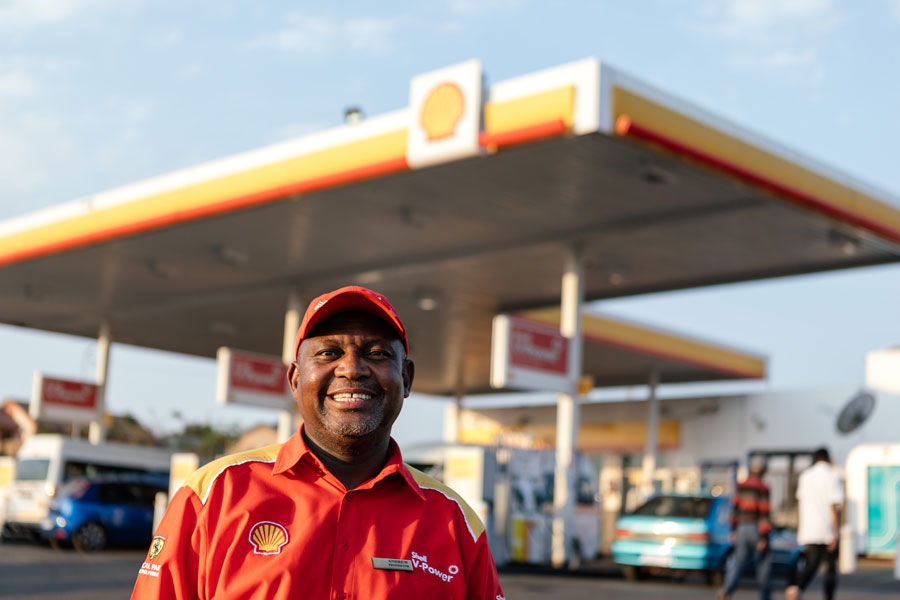 Andrew Molefe’s journey is one of strife and enormous courage.

His focus throughout the years has been deeply planted in his faith and building and a drive to support his community. It comes as no surprise that, years later, people in his community – who know the family well – have witnessed Andrew’s hard work and dedication being rewarded.

It is through Shell’s StationToNation programme – which encourages a culture of promoting and empowering employees within the business – that Andrew, who started out as a service champion 34 years ago, grew through the ranks and was identified as a retailer, and later a Shell service station owner.

His determination and resolve is a character trait familiar to the people he works with, as well as his customers, with whom he has built lasting relationships. “The initiative by Shell has been amazing. I don’t think they realize by empowering one person how many people they actually empower,” says Angelique Molefe, daughter of Andrew Molefe.

Shell South Africa has a deep desire to promote the true spirit of transformation and enable Nation Building. Through Shell’s nation-building programmes they are empowering people from previously disadvantaged backgrounds, and are actively contributing to the economy. Ubuntu, much like Nation Building, is an intrinsic part of our society. In addition, the Molefe’s are a perfect example of what succcess looks like empowerment when spills over into a community.

The involvement of Shell’s nation building programmes act as a catalyst for an ongoing cycle of positive change in the lives of many South Africans.

“In the South African context, business can’t look at itself just to be in it for profits only. Business has to be playing a role where you create jobs and you contribute to the economy,” says Hloniphizwe J. Mtolo, Chairman at Shell South Africa.

Andrew Molefe is one man powering up an entire community with grace, resolve and hope for future generations.